Riverwalk Theatre Update on COVID Protocols
Effective November 1, 2022, masks are now optional for Riverwalk Theatre volunteers, staff, patrons, contractors and visitors in our building. Thursday night performances will still be sold at half capacity with socially distanced seating, and masks are required for those in attendance. Volunteers are no longer required to be vaccinated in order to participate in RWT activities. The Board of Directors came to this decision based on the most up-to-date CDC guidance and by taking a look at the best interests of the theatre and our theatre family from a health, business, artistic, and societal impact. Due to the intimate nature of our theatre and our stages, as well as the close proximity to actors and crew, we encourage mask wearing as practicable. As always, we encourage you to use your best judgment regarding your health and the health and safety of others. We appreciate your patience and adherence to procedures as we have navigated this journey together.
– The Riverwalk Theatre Board of Directors

We're coming back with SEASON 34
​- a full schedule of live theatre!

Join us for Season 34 as we ROAR back from  the pandemic with a schedule of 4 musicals and 4 plays  presented on our Main Stage and and our Black Box auditorium. Descriptions of our productions are below. There's something for everyone including Broadway musicals, family shows, comedies and dramas. 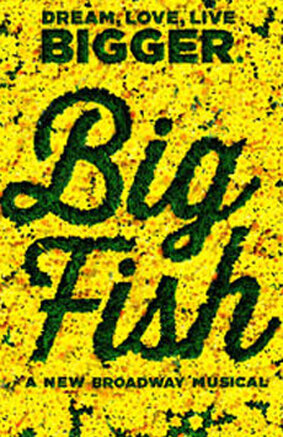 The story shifts between two timelines. In the present-day real world, sixty-year-old Edward Bloom faces his mortality while Will prepares to become a father himself. In the storybook past, Edward ages from a teenager, encountering a Witch, a Giant, a Mermaid, and the love of his life, Sandra. The stories meet as Will discovers the secret his father never revealed. 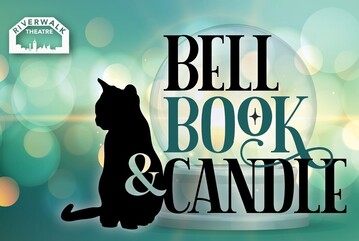 In the late 1950s, Gillian Holroyd is a modern-day witch living in New York City's Greenwich Village. When she encounters charming publisher Shepherd Henderson, she decides to make him hers by casting a love spell. Gillian takes added pleasure in doing so because Henderson is engaged to her old college rival. However, Gillian finds herself actually falling for Shepherd, which poses a problem: She will lose her powers if she falls in love. 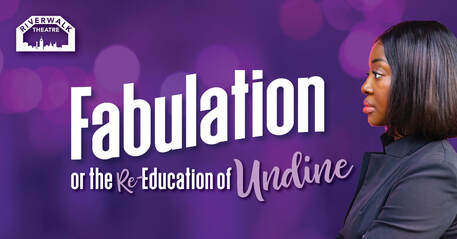 FABULATION is a social satire about an ambitious and haughty African-American woman, Undine Barnes Calles, whose husband suddenly disappears after embezzling all of her money. Pregnant and on the brink of social and financial ruin, Undine retreats to her childhood home in Brooklyn’s Walt Whitman projects, only to discover that she must cope with a crude new reality. Undine faces the challenge of transforming her setbacks into small victories in a battle to reaffirm her right to be. 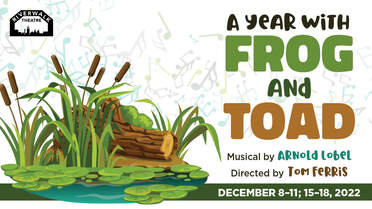 A YEAR WITH FROG AND TOAD - MUSICAL
Musical by Arnold Lobel
Directed by Tom Ferris
December 8-11 & 15-18, 2022
Rating:  G
​
Based on Arnold Lobel’s beloved children’s books, A Year with Frog and Toad is a whimsical musical that tells the story of two best friends: the cheerful Frog, and curmudgeonly Toad. The musical follows Frog and Toad through four colorful seasons, from hibernation to hibernation. Frog and Toad, along with their playful, quirky friends Snail, Turtle, the Birds, and more, enact many adventures, from rushing down a hill in a runaway sled in the winter, to taking a picnic and a quiet moment in the summer. Children and adults alike will relish the joyful vignettes of A Year with Frog and Toad, which feature catchy tunes, funny dialogue, and bright, memorable characters.

MISERY follows successful romance novelist Paul Sheldon, who is rescued from a car crash by his “number one fan,” Annie Wilkes, and wakes up captive in her secluded home. While Paul is convalescing, Annie reads his latest book and becomes enraged when she discovers the author has killed off her favorite character, Misery Chastain. Annie forces Paul to write a new Misery novel, and he quickly realizes Annie has no intention of letting him go anywhere. The irate Annie has Paul writing as if his life depends on it, and it does.

Kinky Boots follows Charlie Price, a young man from Northern England who takes over a struggling family shoemaking business after the death of his father. In his attempts to save the shoe factory, he discovers an unlikely hero in a drag performer named Lola. 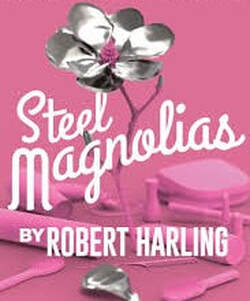 STEEL MAGNOLIAS- PLAY
Drama by Robert Harling
Directed by Meg Woolsey
April 13-16 & 20-23, 2023
Black Box Stage
​Rating:  PG
​
M'Lynn is the mother of bride-to-be Shelby Eatenton, and as friend Truvy Jones fixes the women's hair for the ceremony, they welcome a helping hand from aspiring beautician Annelle Dupuy Desoto. Diabetic Shelby has a health scare, which is averted but doesn't bode well for her hopes of having children. Time passes, and the women and their friends encounter tragedy and good fortune, growing stronger and closer in the process.
​ 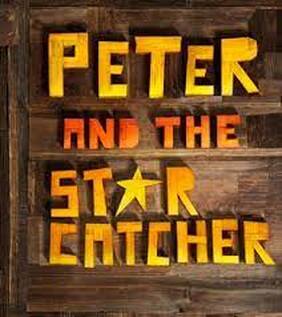 PETER AND THE
STARCATCHER - MUSICAL
Musical by  Roger Rees and Alex Timbers
Written by Rick Elice with Music by Wayne Barker
Directed by Brian Farnham
May 4-7 & 11-14, 2023
​RATING:  PG-13

Tony-winning Peter and the Starcatcher upends the century-old story of how a miserable orphan comes to be The Boy Who Would Not Grow Up (a.k.a. Peter Pan). A wildly theatrical adaptation of Dave Barry and Ridley Pearson’s best-selling novels, the play was conceived for the stage by directors, Roger Rees and Alex Timbers, and written by Rick Elice, with music by Wayne Barker. From marauding pirates and jungle tyrants to unwilling comrades and unlikely heroes, Peter and the Starcatcher playfully explores the depths of greed and despair... and the bonds of friendship, duty and love.